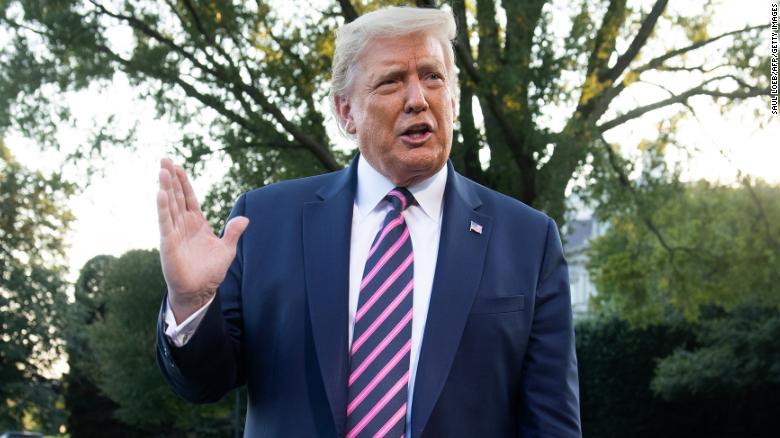 (CNN)A new clash between Donald Trump's political goals and his duties to public health threatens to deprive America of presidential leadership in the critical weeks that will decide if a second wave of Covid-19 swamps the country this winter.

As the US death toll from the pandemic passed 200,000, Dr. Anthony Fauci warned Tuesday that he was worried that the high base level of infections could make it difficult to keep the virus under control in the colder months.

While the government's top infectious diseases specialist, who has been marginalized by Trump, said serious trouble was not "inevitable," he added at the Citizen by CNN conference that "it's not acceptable to not realize that we are entering into a risk period and we've got to act accordingly."

Fauci spoke while medical indicators head in a perilous direction as the US approaches its 7 millionth infection. Cases are rising in 24 states, Washington, DC, and two territories. Wisconsin's Gov. Tony Evers warned Tuesday of a "new and dangerous stage" of the pandemic in the crucial swing state, where Trump held a rally last week. And there are now more than 59,000 cases of coronavirus on college campuses, after many schools decided to open despite adopting insufficient safety measures.

Notre Dame canceled its game on Saturday against Wake Forest after seven Fighting Irish players tested positive for the virus. The move comes just a week after Trump claimed he had orchestrated the return of football for many of Notre Dame's Midwest (and battleground state) neighbors in the Big Ten conference.    [FULL  STORY]