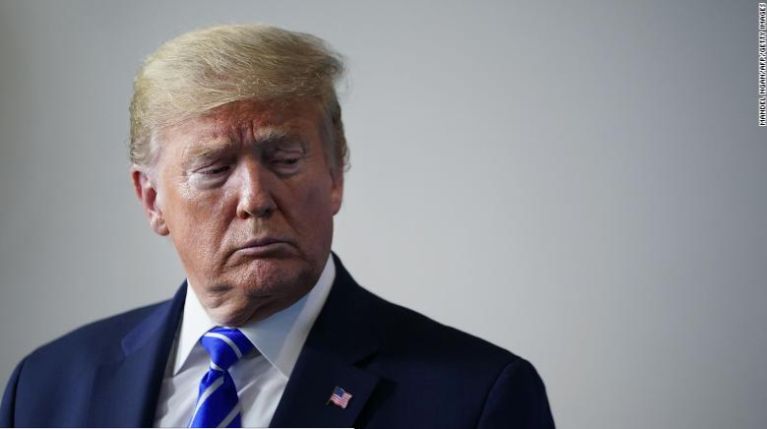 (CNN)  It was the moment when Donald Trump's "Art of the Deal" fabulism, billionaire tycoon bluster

and populist standard-bearing for forgotten Americans was revealed to be what it always looked like: a sham.

A stunning New York Times exposé of the President's tax returns Sunday revealed a pitifully inept businessman and a serial tax avoider crushed by massive debts that could expose him to conflicts of interest given his position as President and power to help undisclosed lenders.

Trump refused to talk about his tax returns and blasted the Times report as "totally fake news" on Sunday. But the article portrays the anti-elite crusader who rails against a corrupt system as actually using its loopholes to avoid paying any federal taxes at all in 10 of 15 years beginning in 2000 by writing off his own staggering losses.

In 2016 and 2017 each, Trump paid just $750 in federal income taxes — far less than many Americans who are working hard amid a deep recession to stay afloat. Trump took huge deductions — including $70,000 to take care of his hair — and also appeared to write off hundreds of thousands of dollars paying his daughter Ivanka as a consultant to the Trump Organization, according to the Times report. The story also reveals the extent to which Trump's status as President is being used to shore up his losing ventures — for example his hotel in Washington, DC, and his golf resorts.   [FULL  STORY]