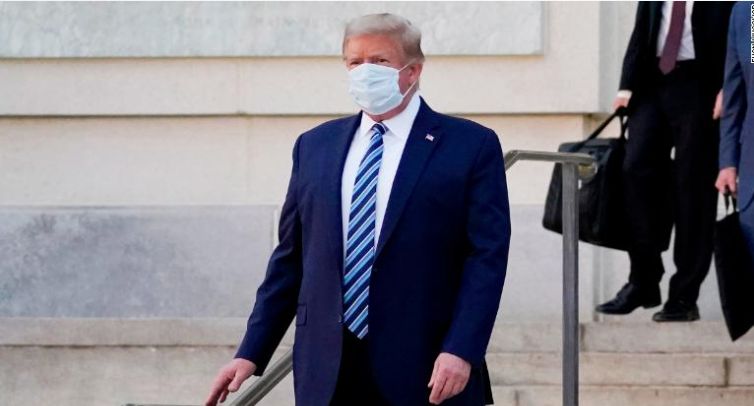 (CNN)House Speaker Nancy Pelosi, alarmed by President Donald Trump's erratic behavior in recent days, is putting her weight behind a bill to give Congress a role in determining whether the President of the United States must be forced out of office because he's incapable of doing his job.

The bill, Democrats say, will create that body to help determine the fitness of the president. The proposal, which will be introduced Friday by Pelosi and Democratic Rep. Jamie Raskin, will create a body designed to "help ensure effective and uninterrupted leadership in the highest office in the Executive Branch of government," according to Pelosi's office.

The measure stands virtually no chance of becoming law. But it is designed to heighten the attention on Trump's condition after his doctors have provided limited information about his recovery from coronavirus.

Pelosi teased the plan at a news conference Thursday, saying she would speak about the 25h Amendment issue on Friday. And in a series of recent comments, Pelosi questioned whether Trump can do his job given his drug regimen, including the use of a steroid.

On Thursday, she said that Trump appears to be "in an altered state right now" and told Bloomberg TV that "there may be some impairment of judgment."    [FULL  STORY]