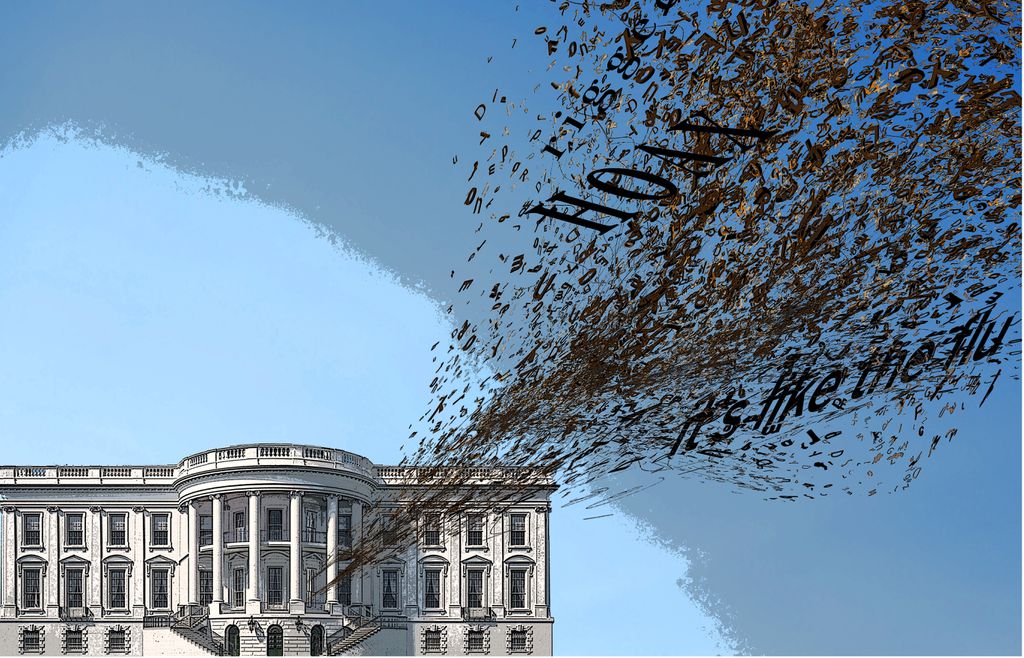 His lies threaten our lives, our planet, and our democracy. We can no longer treat them like some kind of national parlor game.

All politicians lie, right? So what’s another 20,000 or more lies among friends?

From the size of his inaugural crowds nearly four years ago to the claim in last week’s debate that he has made insulin as cheap as water, President Trump lies reflexively, making little distinction between petty fibs and grave deceptions. He has defined dishonesty down so much that it’s tempting to dismiss the clamor of distortions as so much background noise.

But Trump’s lies matter. They have eroded public trust in bedrock institutions — public health and environmental agencies, the US Postal Service, the press, the courts. They threaten our lives, our planet, and our democracy. We can no longer treat them like some kind of national parlor game.

A recent study by Cornell University of 38 million articles in traditional and online media about the coronavirus found that Trump is the major driver of misinformation about the pandemic. The review of the “info-demic” found that Trump was responsible for 38 percent of the media mentions that advanced falsehoods about the disease. He has touted quack cures and made wild promises about the rapid availability of a COVID-19 vaccine. Even as Trump was brought low last week by the virus he has dismissed, despite it having killed more than 211,000 Americans, he and his aides continue to produce opaque and contradictory information, rashly telling Americans not to worry about the disease.    [FULL  STORY]