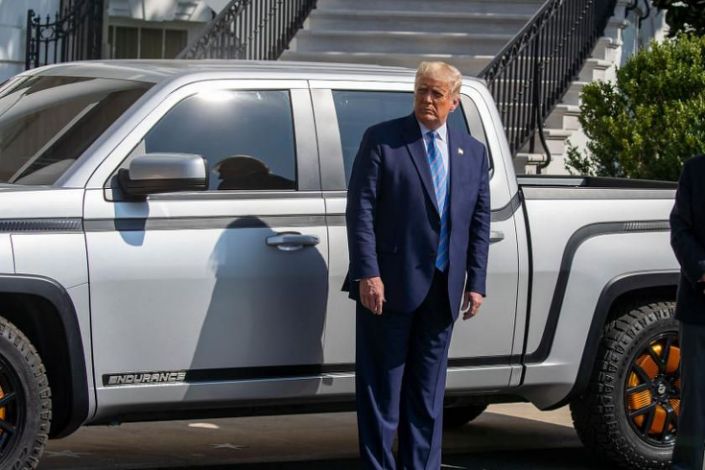 WASHINGTON (AP) — A New York Times report that President Donald Trump paid just $750 in federal income tax the year he entered the White House — and, thanks to colossal losses, no income tax at all in 11 of the 18 years that the Times reviewed — served to raise doubts about Trump's self-image as a shrewd and successful businessman.

That Sunday's report came just weeks before Trump's re-election bid served to intensify the spotlight on Trump the businessman — an identity that he has spent decades cultivating and that helped him capture the presidency four years ago in his first run for political office. The Times’ report deepens the uncertainty surrounding a tumultuous presidential campaign set against the backdrop of a viral pandemic, racial unrest in American cities and a ferocious battle over the Supreme Court seat left vacant by the death of Justice Ruth Bader Ginsburg.

Since entering the White House, Trump has broken with tradition set by his predecessors by not only refusing to release his tax returns but by waging a legal battle to keep them hidden. The Times report suggests why that might have been so. It reported that many of Trump’s top businesses are losing money, even as those losses have helped him shrink his federal tax bill to essentially nothing.

Eugene Steuerle, a tax expert at the Urban Institute, said he wasn’t surprised that it turns out that Trump had paid almost no federal income tax. Most commercial real estate developers deduct large interest payments on their debts from taxable income, thereby lowering their tax bills. Typically, they also often avoid capital gains taxes by plowing profits from the sale of one building into the purchase of another.

“Most tax experts expected you would find little in the way of tax payments by President Trump,” said Steuerle, who served as a Treasury Department official under President Ronald Reagan.
[FULL  STORY]